Las Vegas, Nevada based artist Demarco TheMan (@demarcotheman) teamed up with UK producer WANDER (@W4NDXR) to release their first collaboration album “OlsT EAhD” on WeOccword Records. We were gifted early access to “OlsT EAhD” by the brother Demarco along with a bit of insight on the album and his vision with strangepop. “OlsT EAhD” is actually lost head randomized and I nearly was decapitated by Demarco’s penmanship on all 14 tracks from the LP. Another dope part is this albums cover which is hand drawn over old room photos Demarco’s family took in the 90s, the white doodles were made with ink and duct tape on wood then scanned. A lot of the vibes I get from Demarco are Earl Sweatshirt and MF DOOM based, which are artist that have helped formulate my interest in his music but also a common interest in poetry helped me vibe with this album even more, as quoted from a conversation with DemarcoTheMan “That’s why we decided to create strange-pop. Something that everyone can relate to if you listen, short songs, beat switches, a book.” So with all that info for you to digest, let’s dissect this album, this is “OlsT EAhD” by DemarcoTheMan.

Our journey begins with “Soul Salt”, Demarco lays it out within the first few seconds that his is upfront and only speaks truth through his lyrics. He gives nods to his family that have passed on as the tracks concludes on a somewhat SNL or talk show style outro. “Quicksand Village” follows with a funky, jazzy beat that reminded me of MF DOOM and Ghostface Killah’s track “Angels.” Lyrically Demarco informs you how he’s planned his way to the top and will get his chips with the dip, grips the mic and keeps it short and sweet. “Land of the Parasites” was the 3rd and final single for the LP, revolving around the idea of people who drain your energy, this track had that J Dilla vibe with lyrics that’ll make you bob your head. “Master Lock” from the name reminded me of former WWE wrestler Chris Masters who’s submission finisher was the same, instead I was met with a slow cooker track where Demarco leaves it on the table, speaking on females and how mighty his weapon of choice, pen is as he keeps this trend of dope lyrics going. Track five, “Gas Temple” seems to have a take on the deadly fumes of being in love and what happens when you give a person to much time, which later in the track is broken down even better on what happens to ones mind state. “Town Groupie” is short and true, a song about fakes, trying to lie so you can fit in when in actuality your individuality makes you better then everyone, sadly as Demarco rhymes it becomes apart this person joined a gang when they weren’t really about that lifestyle. “Hell Bound” was a banger y’all, with a introduction that reminded me of Wu-Tang Clan founder Ol’ Dirty Bastard. This is a track all about being a hell raising demon, slaying tail and not listening to outside opinions to heavily, focusing on yourself and not some kids. This tracks production was smooth too and worked well.

“Black Tree” is one of my favorite melodies from the album. From a quick Google search, a black tree by definition is a self-balancing binary search tree in computer science, now I don’t think that’s the idea for this track because lyrically DemarcoTheMan talks about his roots and moving in silence to avoid snakes and depression. I really enjoyed this song overall, the beat was mesmerizing as well. “Before the Street Lights” was the second single for the LP and follows the theme of having fun when the sun goes down and the neighborhood is partially lit by streetlights. “Jack” which was the first single for the LP has a addiction theme in it, Jack rhyming with crack and the loop of “oooo Jack I need that, where’s yours, boom boom boom where’s your stash.” I really liked this track too and fucked with the vibe, it has a true story of selling and giving up all your assets for a simple high. “Victory Pimp” hit differently, this changed the vibe up completely since it was the first song that was more high energy and fun, lyrically revolving around just stuffing a chick like a turkey at first but then when the drums hit it turns into a R&B track, all covered by a alien like voice with high pitch. Dope track, loved how simple and fun it was. Track 12, “Dark Mornings” is DemarcoTheMan recognizing the modern day identity crises and lack of self, again though the track flips beats towards the end and really leaves a soothing, robotic vibe as it slowly fades away. In the words of Bob Barker, come on down because track 13, “The Price is Right” has more consciousness in it, where DemarcoTheMan talks about his weed addiction and chasing his dreams, a great short story and a even better poem. “Great Threat” is the final track and shows how versatile Demarco is as a artist and WANDER as a producer, this track is unique,not even having any lyrics but just a woman’s voice playing over in a loop, this was a beautiful conclusion to what is a start of a new movement in the underground scene.

Overall I really enjoyed this album like cold pizza stoned, this has the potential to really brand into more for the Vegas artist due to his involvement in making strange-pop into more then a genre, rather a movement in the culture. My top three tracks would be “Dark Mornings”, “Black Trees” and “Gas Temple.” “Dark Mornings” does a great job with it’s production and focus on lyricism, this is a conscious track that fills the mind with thought. “Black Trees” is just all those sad, negative shadows or black clouds that follow you, this track battles depression head on and really leaves a great memory to help remove scars of the past. “Gas Temple” was the shit, a starting half full of confidence and stride that leads to the second half where you are rejected and crushed because of the love you possessed for a person. If ya’ll were vibing and fucked with this album make sure to follow DemarcoTheMan (@demarcotheman) and WANDER (@W4NDXR) to help support their art, again a huge thank you to DemarcoTheMan and WeOccword Records for hitting me up to do this collaboration. Thank you for reading, these are my thoughts on “OlsT EAhD” by DemarcoTheMan. 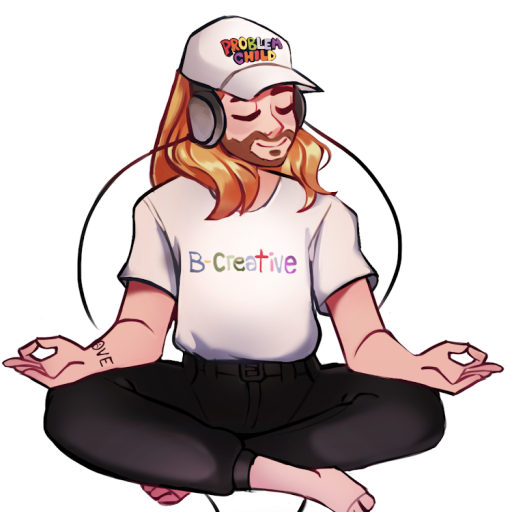